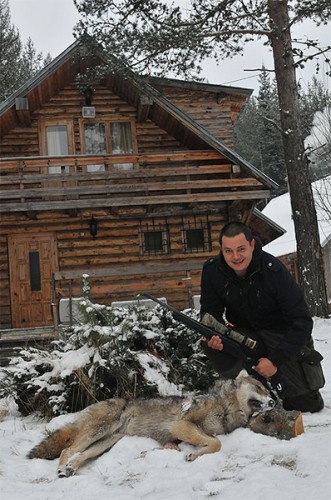 I will share with you the story of my first wolf hunting in Bulgaria.

Wolf hunting slowly became my biggest passion because it is the most alert, cautious, and suspicious predator in our country. It takes a lot of efforts to have the wolf as a trophy – strong will, stamina, decisiveness to bear long nights alone high in the cold mountain. Wolf hunting in Bulgaria is difficult and thankfulness way of hunting. You have to spend many nights at the bait in order to have the chance of seeing Him – the mystique Master of the Mountain – the Wolf…

There were six wolves in the hunting area and the damages on roe deers were obvious all around. The wolf pack was comprised of alpha couple and four younger wolves, maybe brothers and sister from same litter two or three years ago.

There is strict hierarchy in the wolf pack and division on alpha, beta, gamma pack members.

The bait was seldom visited by one and sometimes two wolves but I did not have chance meet one of them. Actually, so far I had not met wolf in the nature. Every night was very excited and I was able to keep myself awake because of the fore coming meeting with Him, the Master of the Mountain – the Wolf.

Prior to face the challenge of hunting wolves I have met almost all of the successful wolf hunters in the region and have soaked a lot of knowledge about the best way to do it. Now, it was my turn to prove the learned. Waiting for wolf is quite difficult and lonesome activity. Usually, I am waiting all night and do not leave the high seat or the place where I am standing till the morning. I go to pea in a bottle, so I do not leave any signalizing smells out there.

My high seat was not real high seat but a container on the back of old military truck ZIL. I prefer to put the bait around 80-85 meters from the high seat. It is close enough for a good shot during the low light conditions and is far enough so the wolf could not detect any smells left from going to the high seat. Old hunters say that it takes around 3-4 hours for the smell to be gone but I am always taking precautions and go to the high seat earlier. The container was transformed into comfortable place for spending long and cold winter nights waiting for the wolf. On the bottom I put a thick carpet so any suspicious sounds were absorbed by it. For several nights I did not meet the wolves but this day I had a feeling. It was 4th of January and it started snowing. When the weather conditions are worsening, that is signal for the predators to go out and search for food because the next few days could be with scarce food supplies. I had good visibility through the small window and was waiting patiently. Two roe deers appeared and I was glad because their behavior would show me the wolf presence. They stayed for 15 minutes and were gone.

Around 23:00 two foxes came on to bait and started tearing small pieces of it and feeding. They were doing it for around 25 minutes and suddenly they disappeared. In two minutes they were back but their legs were a lot longer and I knew these were wolves. My heart started running like crazy and I could feel my pulse in my throat. Since then I have seen lots of wolves but this keep happening when I see that elusive and mystique predator. I opened the window and prepared myself with the rifle. I tried to relax my breathing before the shot because it was essential. There were two wolves on the bait. I could not determine if they were young or old because they were my first wolves. The one on the right laid down and started feeding and the other was standing up and eating as well. The left one was in better position for shooting and I gently pulled the trigger. The .308win TTSX Barnes bullet took it down immediately and the other wolf started running. I aimed it and took two shots but they were unsuccessful.

I lost my words; everything looked irrelevant at this pure minute to me. When I realized what have happened I remembered an advice from old wolf hunter that had told me that if I kill the female the male will usually wait and come back to look for her. But if I shoot the male, the survival instinct will not bring her back to search for her partner. I waited like one our but no wolf appeared. It was young three-years-old female/26 kilos/, I checked for footprints for the male but he was gone. I brought the pick-up truck closer and started driving down to the village.

I was a wolf hunter… 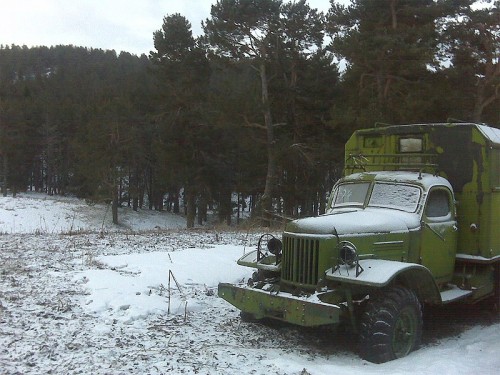 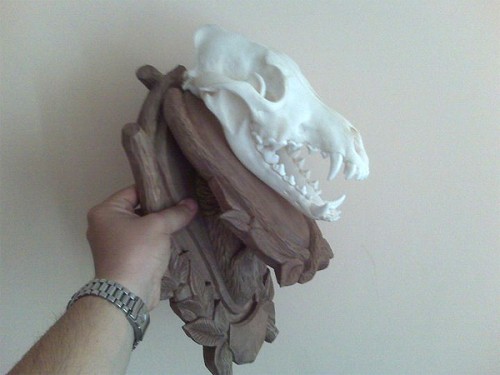 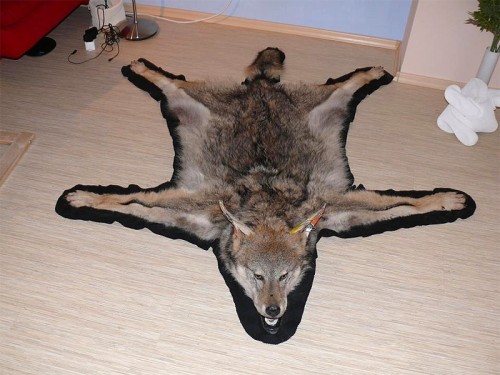