In order for every hunter to be successful, he has to possess a minimum amount of each animal’s behavior knowledge. In the next lines I will try to briefly describe valuable information in different articles about the most hunted animals in Europe and particularly Bulgaria.

Red deer – The nobility of this animal is known from the middle ages and not surprisingly poaching a red deer once was punished by death. The red deer is widespread almost throughout Europe excluding Portugal, Spain, Greece and Finland. Grown red stags weigh around 80-90 kg in Southern Italy and go as heavy as 250 kg. in Romania and Bulgaria. There are rare specimens with weight up to 350 kg. 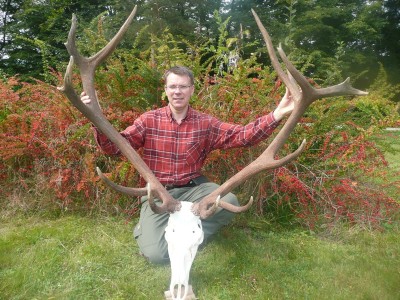 Red deers have their first antlers in their second summer. On the very next year their antlers have 6-8 spikes. In the well managed hunting areas in Bulgaria and Europe you will not be allowed to hunt red deer younger that 10 years when it is considered the trophy reached its potential as size and weight. Antlers shape and size are highly dependent on red stag’s social ranking, nourishment, and health condition.

The rut season in Bulgaria starts in the beginning of September and this is the reason why red deer hunting season starts at September 1st. There are controversial opinions about the correctness of hunting red deer stags during the rut season but it is fact that many hunting areas are using that period for intensive hunting programs. Hunting season ends at January 31st.

Red deer lives in herds. It is not as territorial animal as the roe deer is, and red deer is fighting not on territory but rather on the right to cover as many hinds as possible. After the end of rutting the males are forming male herds and are active mostly during the night – nocturnal way of life. 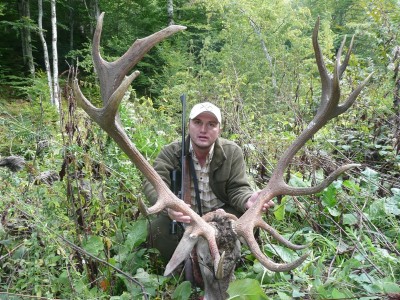 When you go for red deer hunting in Bulgaria, you have to have comfortable and warm clothes and shoes, preferably with water-block membranes since the hunting is done in September when the autumn knocks on the door and rains are not rare. In terms of rifle caliber choice, we recommend any reliable rifle in .308win caliber or bigger. The shots are taken when the red deer is calm but in Bulgaria red stags easily surpass 250 kg. Using inappropriate caliber shows no respect to this magnificent animal. Deer’s stamina can help him run even with severe wound for a long distance from the shot spot. As far as riflescope choice is concerned, there is great variety of quality products on the hunting market. Any riflescope that you feel comfortable with in shooting 50-200 m distances will be considered appropriate for the emotional, once-in-a-lifetime red deer hunting in Bulgaria.

Trophies in Bulgaria are the biggest in the world and easily surpass 12 kg. Our best trophies are in the North Eastern part of Bulgaria where terrains are mostly flat. In the mountains trophies usually do not exceed 10 kg and no hunting area will let you shoot a red deer with trophy less than 7 kg. 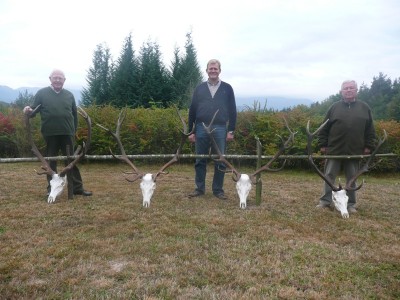 During the red deer hunting season we recommend landing in Varna, second biggest airport city in Bulgaria after Sofia. This way we have to travel only around 100km to the best trophy hunting areas for red stags. If you decide to land at Sofia airport, you have to be prepared for around 4-hour drive by car. 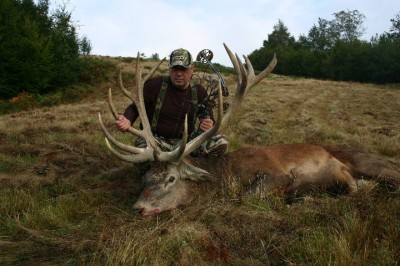 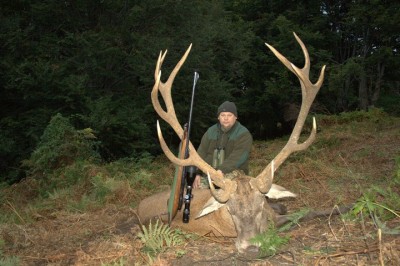 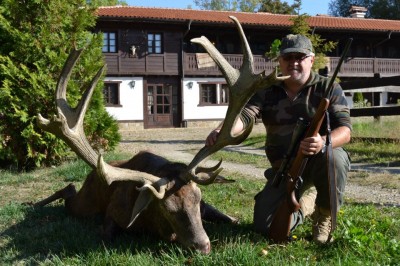 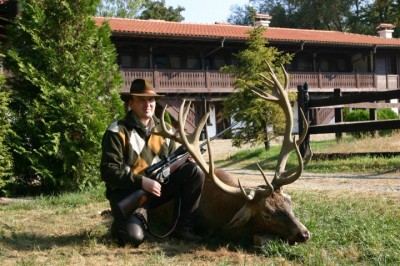 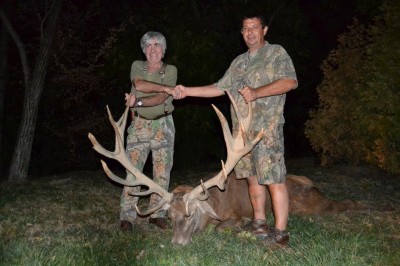 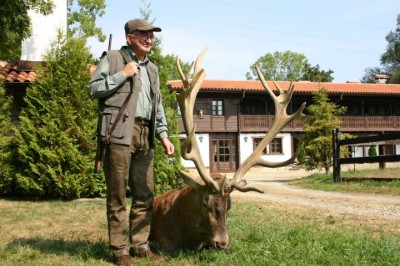 We recommend at least 5 hunting days stay with 7 overnights in order to have enough time for observing the trophy red stags and choosing the trophy deer that you would like best.

The booking should be at least 3 months prior the hunt.

We look forward to hunting with you and to organize the dream hunting trip for you and your hunting friends!