Hunters from around the world want to come and experience the diverse and emotioanl hunting in Bulgaria. Bulgaria has strong traditions and offers 28 species for hunting on its small territory. You can hunt in Bulgaria red deer, fallow deer, roe deer, mouflon, wild boar, hymalian thar, bezoar ibex, capercaillie, wolf, fox, jackal, pheasant, partridge, quail, all kind of doves, duck and geese, wodcock, etc. Recently, we have hunters that would like to exeperience combined hunting in Bulgaria. The hunters from Lebanon was just like that
The three hunters from Lebanon arrived on Saturday and quickly moved into Hunting Area Ledenika situated at the Balkan Mountains, Bulgaria. The idea was to hunt diverse kind of game – quail, wild boar, roe deer as they mainly wanted to hunt quail. In Lebanon the main hunt was for birds and big game hunting for them was somewhat unknown.

We was about to hunt quails at the highest meadows of the area, where in recent years have proved to be one of the few places in Bulgaria with exceptional quantities of quail. High altitude / over 1400 meters altitude /, the cooler temperatures / morning 15-17 degrees / green and vast meadows, overgrown with ferns and dense grasses were promising enough for our guests’ hunting expectations. The manager of the hunting area has well trained pointer dogs with a stone-dead stand and excellent retrieving skills. Hunting quails began early at dawn, which does not reflect very well on hunters from Lebanon, because the night before had not slept because of inconvenient flight from Beirut. We heard quails’ song everywhere and for about an hour and a half each hunter reached quickly the permitted norm of the day. Incredible mountain scenery, the abundance of quail, excellent working dogs, alternating stand after stand filled with satisfaction their hearts. Hunters did not hide their satisfaction generously praising the work of the guides of the dogs. We took several nice photos. We went down to the hunting lodge in the village Zgorigrad and the majority of the day was reserved for rest of our guests.

we decided to try our luck on hunting roe deer and wild boar. Each hunting guide took one of the hunters and we spreaded waiting for the game animals that we were hunting. Guns were mainly military and not the best pick for hunting big game in Bulgaria- AR15 .223Rem, M4 .223 Rem, semiautomatic Franchi SPAS 12g., Steyr .308 Win. The zeroing procedure followed to ensure good shooting skills of hunters and correctness of zeroing riflescopes.
One of the hunters shot for about three hours two one-year-old wild boars and a trophy tusker with excellent and impressive tusks. He used Steyr rifle in .308win, equipped with Millet riflescope 6-24×56. Both were shot in the shoulder and the animals fell to the scene of the shooting. Trophy was 23.5 cm length of the lower tusks and with impressive width. It was sure gold medal.
The hunter who shot the keiler decided to rest in the next morning and the other two hunters continued with their two hunting guides stalking a vast, still green meadows. For about two hours both hunters shot at a roe deer as one was a good trophy and the other selection. The hunters did not care that much about the trophies since roe deer stalking was quite unfamiliar way of hunting. I would say that for me this is one of the most emotional and beautiful hunts for hunting in Bulgaria. The afternoon was set aside for rest and visit the spa complex Hemus Hotel in Vratsa. Tired of active and diverse hunts, hunters needed a good and nutritious food that was in abundance at the hunting lodge – stewed game meat, excellent meat appetizers and old drinks closed this hunting day properly.
We were driving in the morning at 5:00 towards the high meadows for hunting quails. Within two hours every hunter again reached the norm of the day and thus ended the hunt in Bulgaria. We had quick lunch and we headed to the city where we had to say goodbye but with the promise to meet next year again!
Hunting Area Ledenika is situated under a migratory route for many bird species and September is the month of quail migrations. We invite all hunters, enjoying this emotional and filled with lots of shooting to book their hunting in Bulgaria with Ultimate Hunting! 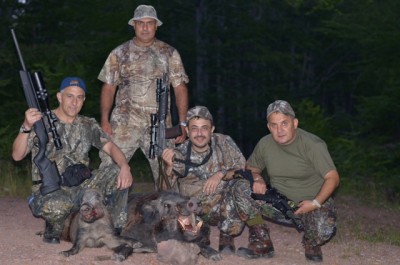 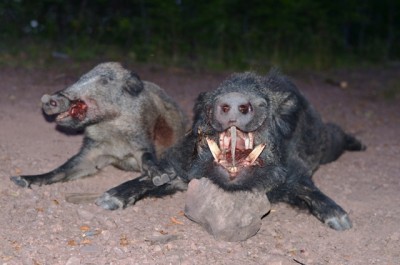 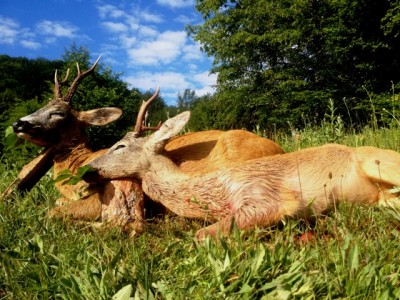 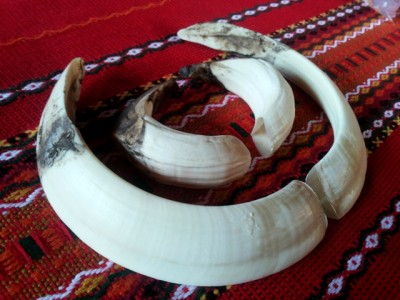 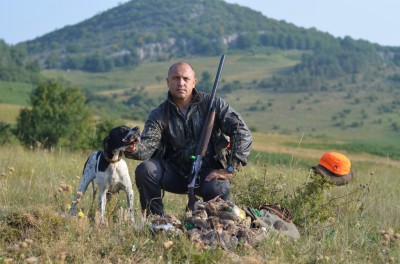